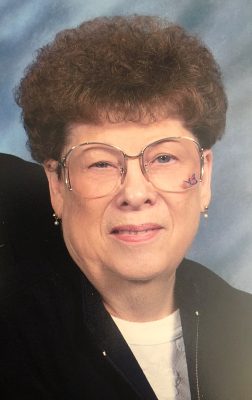 Pat was a 1947 graduate of Frankfort High School. She worked as a secretary with Farm Bureau Insurance for 20 years, retiring in 1991.  She was a member of the Michigantown Christian Church.  Pat enjoyed cooking, reading, and spending time with her family.

The family would like to thank the staff of Guardian Angel Hospice for their care and compassion shown to both Pat and family.

She was preceded in death by her parents, spouse, brother, Kay Lucas and sister, LaMyra “Molly” Shaw.