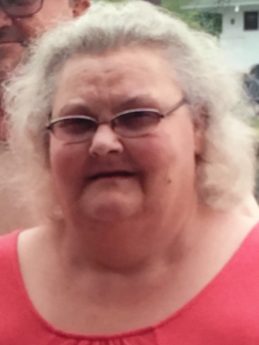 Patricia Kay Crider Henline 57 passed away on Saturday, December 30, 2017 at St. Vincent Heart Center in Indianapolis.  She was born on February 28, 1960 to Elmer & Myrtice (Gosnell) Crider.  Patty’s marriage was to Kenneth Henline and he preceded her in death on December 25, 2010.

She worked as a CNA and had worked at the Clinton House and Wesley Manor in Frankfort in addition to providing home health care.  Patty had previously worked at Emerson Appliance Control in Frankfort.  She lived most of her life in Frankfort and loved playing Bingo and spending time with her family.

Services will be held at 1 p.m. Wednesday, January 3, 2018 at the Archer Weston Funeral Chapel in Frankfort. Friends may visit from 11 a.m. until time of service at the funeral home. The Goodwin Funeral Home is honored to assist the family with arrangements and services.

In addition to her parents and husband she was preceded in death by 3 brothers: Elmer J. Crider III, Clinton Crider and Ronald Crider