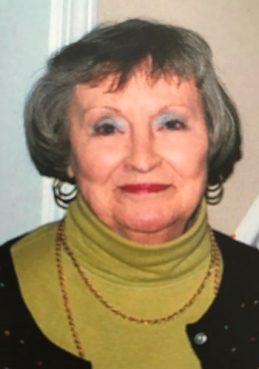 Joan was a 1946 graduate of Frankfort High School.  She was co-owner and manager of Shanklin Hardware & Gifts, and worked at Hallmark and This n That.  She was a member of St. Matthew United Methodist Church.  Joan was also a member of Psi Iota Xi Sorority and served as a Beta Tau Chapter president, a member of Eastern Star and Girl Scouts of America, serving as a Brownie and Girl Scout Troop Leader.

The family would like to thank the Wesley Manor nursing staff and Guardian Angel Hospice for their wonderful help and care.

In addition to her parents and husband, she was preceded in death by a sister, Norma Jean Bruce and a nephew, Robert “Bobby” Bruce.