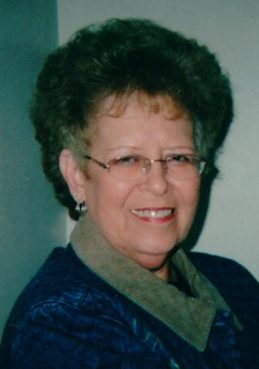 Patricia Jeanne Gregory, 83, of Frankfort, died at 9:47 p.m. July 5, 2017 at Wesley Manor. Born November 13, 1933 in Tipton to Robert Paul & Mildred Mae (Boomershine) Coy.  Her marriages were to John Reecer, Jerry Beach who survives and the late John Gregory in 1983 and he preceded her in death in 2000.  Mrs. Gregory was a 1951 graduate of Tipton High School. Pat worked most of her life in medical offices; Tipton Clinic, dentist, eye doctors. She worked at National Seal and retired from Garney’s Hair Salon.  She attended the St. Matthews United Methodist Church, was a member of Women of the Moose, American Legion Auxiliary and Eagles Lodge.  She also belonged to two euchre clubs.  Pat’s passion was her grandchildren.  She received such joy spending time with them, and gave endlessly to all of them.

Visitation will be 1-3 p.m. Monday, July 10, 2017 at Goodwin Funeral Home. Funeral services will begin at 3 p.m. at the funeral home. Burial will be in Bunnell Cemetery. Memorial donations may be made to the Frankfort Moose Lodge.