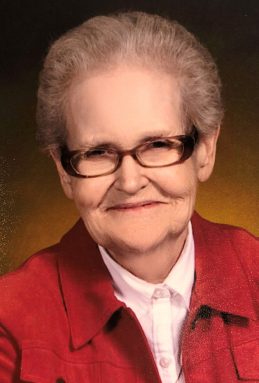 Nancy Jane Louck, 85, of Joliet, IL passed away on Wednesday, February 17, 2021, at Amita Health St. Joseph Medical Center in Joliet. Nancy was born on October 11, 1935, to the late M. Evelyn (Ham) and Clayton H. Louck in Frankfort, Indiana where she was raised.  She graduated with the class of 1953 from Frankfort High School and earned a Bachelor’s Degree in teaching and a Master’s in counseling from Indiana University in Bloomington, IN, where she was a member of Alpha Chi Omega Sorority. Nancy began her career at Penn High School as a teacher and then a Guidance Counselor at Joliet West High School from 1964-1983 and Joliet Central High School from 1983-1993.  A life member of the Illinois Retired Teachers Association, Nancy attended many state conventions.  She served as legislative chair for the Joliet Area Retired Teachers Association, a member from 1993 to the present.  She also served two two-year terms as president of Rho Chapter of Delta Kappa Gamma, teacher’s honorary society, traveling all around Illinois for state conventions and all around the country for national conventions. Other memberships include the Catholic Woman’s League and St. Paul the Apostle Catholic Church where she served on the liturgy committee for several years as well as a volunteer for many years as a counselor for the Upper Room Crisis Line. A sports enthusiast, Nancy closely followed the Chicago Cubs, Chicago Bears, and Indiana University Basketball. She loved playing golf, especially at her winter residence in Ft. Myers, FL. Nancy loved to travel and felt fortunate to have visited most states, including Alaska and Hawaii, as well as India, the British Isles, France, Germany, Italy, Canada, and islands of the Caribbean.

A Memorial Gathering for Nancy Jane Louck will be held from 2:00 to 4:00 p.m. on Sunday, February 21, 2021, at the Fred C. Dames Funeral Home, 3200 Black Rd., Joliet, IL. As it was her request, cremation rites have been accorded. Family and friends are invited to meet at 10:45 a.m. on Monday, February 22, 2021, at St. Paul the Apostle Catholic Church, 18 Woodlawn Ave., Joliet, IL 60435, where a Mass of Christian Burial will be celebrated at 11:00 a.m. Inurnment with committal prayers will take place near her parents at Green Lawn Cemetery in Frankfort, Indiana at a later date. In lieu of flowers, memorials in her name to St. Paul the Apostle Catholic Church would be appreciated. Goodwin Funeral Home, 200 S. Main St., Frankfort is assisting the family with local arrangements.

Nancy is survived by her sister, Libby (Emmett) Ade of Frankfort, IN; sister-in-law, Bonnie Louck of Rensselaer, Ind., and many nieces and nephews.

She is preceded in death by her parents and two brothers, Stephen Louck, and Dr. Michael Louck.