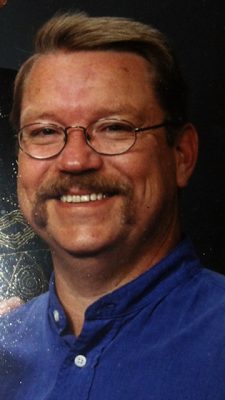 Michael Lee Bogan, 61, of Kirklin, died August 23, 2019 at Tallahassee Memorial Healthcare in Tallahassee, FL.  He was born on September 27, 1957 in Lebanon, IN to M. Ragene and Ruth Anna (Underwood) Bogan.  He married Patricia “Trish” Goodnight on August 19, 1986 in Niagara Falls, NY and she survives.

Michael was a 1975 graduate of Clinton Central High School and 1983 graduate of Indiana University Kokomo.  He was the Retail Credit Manager of Small Business Lending for 28 years at Lafayette National Bank, which later became JPMorgan Chase. He joined The Farmer’s Bank in 2004 and was manager of small business lending until his retirement in 2015.  He was past chair and board member of Food Finders Food Bank.  He enjoyed traveling and loved the beach.  He was an avid reader and an IU Basketball, Cubs, Bears, Colts and Indy Car Racing fan.

He was preceded in death by his father, M. Ragene Bogan.