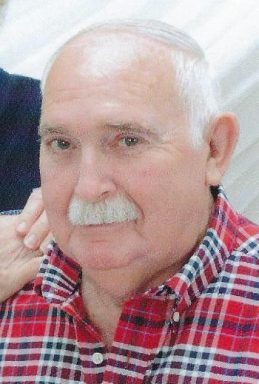 Max Edward Smith, 80, of Frankfort, died October 30, 2018 at St. Vincent Heart Center, Indianapolis, Ind.  He was born June 5, 1938 in Clinton County, Ind., to Charles Edward & Nina Alice (Pedigo) Smith.  His marriage of 55 years was to Bettie Daniels, they married on June 21, 1963 in the Thorntown Christian Church.  Max was a 1956 graduate of Jackson School in Antioch.  He lived in Colfax, before moving to Frankfort in 2003.  Max worked for Colfax Elevator, Colfax IGA, Shoe String Inc., part-time at Frito Lay, retired from Donaldson in 2003 and was a Head Start Bus Monitor after retirement.  He was a member of the Faith Family Church.  Max was in Rock Steady Boxing, a Parkinson’s group at Witham Hospital, Lebanon. He was a collector of Die Cast pencil sharpeners, ceramic barns, had a love for squirrels, especially his pet squirrel, Princess.

Visitation will be 4-7 p.m. Friday, November 2, 2018 at Goodwin Funeral Home. Funeral services will be 10:30 a.m. Saturday, November 3rd at the funeral home. Burial will be in Green Lawn Cemetery. Memorial donations may be made to Rock Steady Boxing c/o Witham Hospital.

He was preceded in death by his parents, 4 sisters, 3 brothers, 6 brothers-in-law and 2 sisters-in-law.