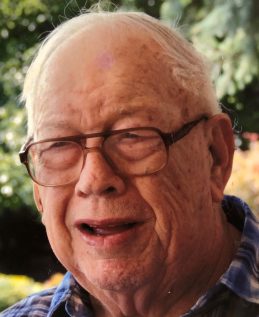 Max was a 1944 graduate of Frankfort High School and was drafted that year.  A veteran of the U.S. Army, he served in WWII until he was honorably discharged in 1946.  He was awarded the American Campaign Medal, the European African Middle Eastern Medal, the Good Conduct Medal and the WWII Victory Medal. He worked for the railroad and then went to work for Detroit Diesel Allison for 36 years.  He was a member of the First Baptist Church in Frankfort.  Max was a hard worker and loved horses, westerns, and sports.  He spent many hours after retirement sitting and watching the horses play in the field, watching westerns and reading Louis L’Amour.  He was a St. Louis Cardinals and Chicago Cubs fan.  He was a loving son, husband, father and grandfather.

He was preceded in death by his parents, his loving wife, Betty, his stepsons, Chuck & Denny and his brother Ted Neidlinger.