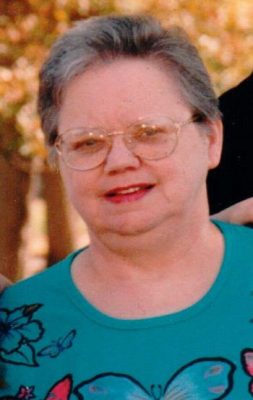 Mary Lou Weesner, 75, of Frankfort, died at 10:15 p.m. Wednesday, January 24, 2018 at Wesley Manor.  She was born April 6, 1942 in Somerset, Kentucky to Earl & Lena (Farmer) Rogers.  She married John R. Weesner on October 3, 1959 and he preceded her in death on March 27, 2012. Mary Lou attended Indiana Academy in Cicero, Ind. and was a graduate of the House of James Beauty School in Frankfort.  She then received her QMA at Ivy Tech.  She had lived in Frankfort since 1955 and was a beautician.  Mary Lou enjoyed crafts, crocheting afghans, quilting, bird watching, jig saw puzzles, playing the piano and organ and she loved dogs and cats.

Visiting will be 5-7 p.m. Thursday, February 1, 2018 at Goodwin Funeral Home. Funeral services will be 10:30 a.m. Friday, February 2nd at the funeral home. Craig Overman will officiate. Entombment will be in Clinton County Mausoleum at Green Lawn Cemetery. Memorial donations may be made to Clinton County Humane Society.

In addition to her parents and husband, she was preceded in death by 4 brothers and 2 sisters.