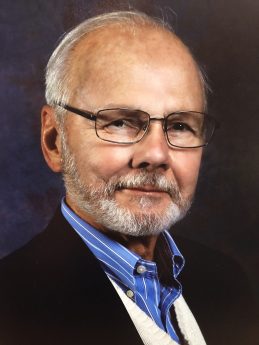 Marshall L. Smith, 77, of Frankfort, died January 13, 2020 at his home, following a brief illness.  Born September 24, 1942 in Lebanon, IN.  His parents Robert H. and Ida Ruth (Whitinger) Smith preceded him in death.  He married Phoebe A. Maish on June 7, 1964 at the Kirklin Methodist Church and she survives.

Marshall graduated in 1960 from Clinton Central High School and received his B.A. in Education from Purdue University in 1964.  He was a teacher of American History in Rossville, IN and Cheltenham High School in PA.  He then worked for Beard Industries ending his 34-year career as plant manager and Vice President.  Marshall was a member of the First Evangelical Presbyterian Church, where he served as an Elder, enjoyed teaching Sunday School and was a member of the Men’s Bible Study Group and served as a Stephen Minister.  He was Past President and Secretary of Kiwanis, Chairman of the United Way, Friends of the Public Library, Library Volunteer of the Year, past Trustee of the Clinton County Hospital, volunteered with Habitat for Humanity, and named Clinton County Gem in 2018.

Visitation will be held from 1-3 p.m. on Saturday, January 18, 2020 at the First Evangelical Presbyterian Church, 352 West Clinton St., Frankfort, Indiana. A memorial service will follow the visitation at 3 p.m. at the church. Rev. Kelly Kurth will officiate. All are invited to join the family for additional visiting in fellowship hall immediately following the service. Memorial Donations may be made to the First Evangelical Presbyterian Church, Guardian Angel Hospice or the Frankfort Community Public Library. Private family burial will be held in Green Lawn Memorial Park, Frankfort.

He was preceded in death by his son Matthew A. Smith, his parents, and a sister Sara Costlow.