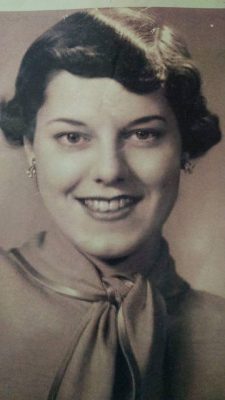 Mrs. Lindeen was a lifetime Clinton County resident and was a 1945 graduate of Frankfort High School.   She was a clerical worker for People’s Life Insurance Co. for 20 years and The Farmers Bank for 10 years.  She previously worked for Peter Paul, Thrasher’s Department store and Wesley Manor.  She was a member of St. Paul’s Lutheran Church.  Marjorie served as past president of Business and Professional Women, past president of Clinton County Republican Women’s Organization and also served on the republican precinct committee.

A graveside service for Marjorie will be held at 11:00 a.m. Monday, August 14, 2017 at the Green Lawn Clinton County Mausoleum Chapel, where she will be entombed. Memorial donations may be made to the Clinton County Cancer Society.

1 sister: Bonnie Loveless of Frankfort, and she is survived by over 100 nieces and nephews.

In addition to her parents and her husband, she was preceded in death by 5 sisters: Betty Hollis, Phyllis Fields, Donna Richards, Sue Jacoby and Evelyn Robey and 6 brothers: Leo, Robert, William, Richard, James, and Fred Hollis.

5 Condolences for “Marjorie A. (Hollis) Lindeen”