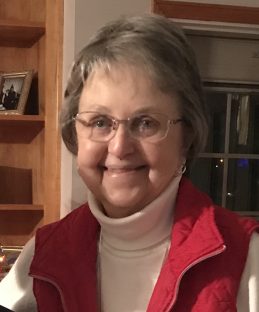 Lynda Jean Coop, 74, of Frankfort, died on Friday, August 30, 2019 at IU Arnett Hospital in Lafayette.  She was born on October 20, 1944 in New York City to Michael & Mary (Yost) Hunter.  She married Bill Fred Coop on September 21, 1985 and he survives.  Lynda was a Registered Nurse working for 23 years at the Clinton County Hospital in Frankfort.  She also worked as a school nurse for the Community Schools of Frankfort and most recently for Guardian Angel Hospice until her retirement in 2007.  She lived in the New York City and Boston areas before coming to Frankfort in 1977.  She graduated from high school in 1962 in Dracut, MA and received her nursing degree from Indiana University in Kokomo in 1998.  Lynda was a member of the First Church of the Nazarene.

In addition to her parents, she was preceded in death by a brother, Richard Hunter, granddaughter Emily.