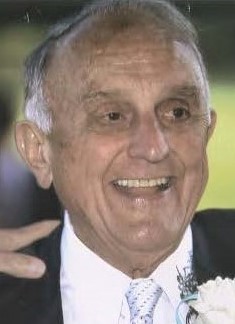 Lon C. Wainscott, 84, longtime Frankfort, Ind. resident, died Jan. 3, 2018 at his home in Fishers, Ind.  Lon was born April 5, 1933 in Frankfort, Ind. to R.P. and Letti (Reagan) Wainscott.  He married Janet Zink on Dec. 23, 1953 in Frankfort and she survives.  Lon was a 1951 graduate of Frankfort High School and attended Indiana University.  He was a veteran of the US Army, where he sustained critical injuries that he worked to overcome his entire life.  One of his major achievements was building a successful business, Wainscott Sewing Center, which he retired from and sold on April 1, 1998.

Memorial visitation will be Friday, January 12, 2018 from 4-7 p.m. at the Allisonville Christian Church, 7701 Allisonville Road, Indianapolis. A Celebration of Life Memorial Service will be 4 p.m. Saturday, January 13, 2018, with visitation prior to the service from 1-4 p.m. at Goodwin Funeral Home, 200 S. Main St., Frankfort, Ind. Burial will be in Green Lawn Memorial Park. In lieu of flowers, memorial donations may be made to St. Jude’s Children’s Hospital.

He was preceded in death by his parents and two sisters, Bonnie Clark and Betty Davison.