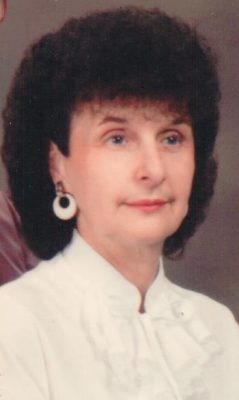 Lois Jean Dubree 83, of Frankfort, died at 9:57 p.m. August 5, 2017 at Clinton House Health and Rehabilitation.  Born August 18, 1933 in Tinley Park, Ill. To the late Lyle & Winifred Lucinda (Stockwell) Anthony.  She married Carl Edward Dubree on June 11, 1971 in Phoenix, Arizona and he preceded her in death on May 13, 2016.  Mrs. Dubree was a receptionist and worked in the mailroom at Wesley Manor.  She loved gospel music and played guitar.

Visitation will be 4-7 p.m. Thursday, August 10, 2017 at Goodwin Funeral Home. No funeral services are planned. The family request no flowers, memorial donations may be made to the Clinton County Humane Society.

In addition to her parents and her husband, she was preceded in death by a brother Arthur Anthony.

One Condolence for “Lois J. Dubree”