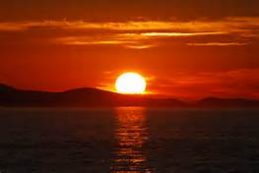 Leland Ray Henry, 77, of Kirklin, Ind., died November 7, 2019 at Witham Hospital, Lebanon.  He was born July 10, 1942 in Noblesville, Ind. to Ray & Freda (Peters) Henry.  He married Judy Davison on July 27, 1963 and she survives.  Leland was a 1960 graduate of Clinton Central High School.  He was in the hog business and a farmer and also worked for Allison Rolls Royce for 31 years, retiring in 1992.  He was a member of the Kirklin Christian Church, where he was a former deacon.  He enjoyed hunting, NASCAR, sports and country music.

Visitation will be 4-8 p.m. Monday, November 11, 2019 at Goodwin Funeral Home, 200 S. Main St., Frankfort. Funeral celebration will be 10:30 a.m. Tuesday, November 12, 2019 at the funeral home. Burial will be in Green Lawn Cemetery. Memorial donations may be made to the Clinton County Cancer Fund or Kirklin Christian Church.

In addition to his parents, he was preceded in death by a sister-in-law, Terry Henry and a nephew, Jason Reents.