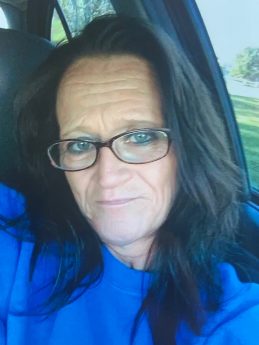 Laura Anne attended school in Virginia, was an Ohio native and had spent the last five years in Frankfort.  She worked for Schultz IGA and had been a CNA in several nursing homes.  She loved to quilt, craft, paint, and turn trash into treasure.  Her biggest and most precious hobby was being a grandma!

Memorial donations may be made in Laura Anne’s honor to Goodwin Funeral Home to help with final expenses.

No Services will be held.  Goodwin Funeral Home, 200 S. Main Street, Frankfort, Indiana and Clinton County Crematory are honored to assist the family.

Please complete the information below to make a donation in honor of Laura Anne Walton.