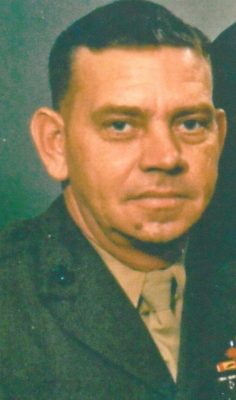 Larry D. Stockberger, 79, of Frankfort passed away on Tuesday, November 14, 2017 at Richard Roudebush Veterans Hospital in Indianapolis.  He was born on August 27, 1938 in Michigantown, Indiana to Chalmer & Bernice (Bougher) Stockberger.  He married Judith Wheeler on August 26, 1962 in Lebanon and she survives.

He attended Michigantown Schools and earned his GED through the Marines.  He served in the United States Marine Corps 1961 – 1981 retiring as a Master Sergeant after 20 years of service from Cherry Point Naval Station in Havelock, NC.  He was deployed overseas four times throughout his military career and fought in Vietnam.  He was awarded the Purple Heart in 1969 and spent four months in a military hospital in Japan.   Larry was a member of the American Legion and the VFW in Frankfort and a lifetime member of the Military Order of the Purple Heart.  He enjoyed yard work, fishing, and raising English Bulldogs.  His favorite English Bulldogs were Chesty and Millie.

Memorials may be made to the Clinton County Cancer Fund or the American Heart Association with envelopes available at the funeral home.

In addition to his parents he was preceded in death by 7 brothers and 4 sisters.