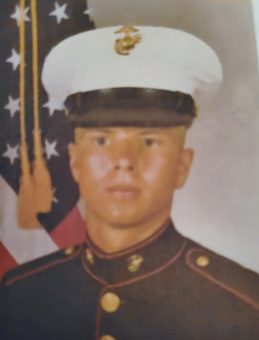 John was a 1977 graduate of Frankfort High School and was a lifelong Frankfort resident.  A veteran of the U.S. Marines, he served from 1978-1984.  He worked in retail and industrial management, retiring from Hachette Book Group in Lebanon in 2016.  He attended Grace Baptist Church.  John enjoyed reading, country drives, going to the Lagoons and spending time with his children and grandchildren.

Visitation will be 9-11 a.m. Wednesday, August 3, 2022 at Goodwin Funeral Home, 200 S. Main St., Frankfort. Funeral services will begin a 11 a.m. at the funeral home. Kevin Alber will officiate the service. A private burial will be in Green Lawn Memorial Park. Memorial donations may be made to Grace Baptist Church, 900 S. Maish Road, Frankfort.