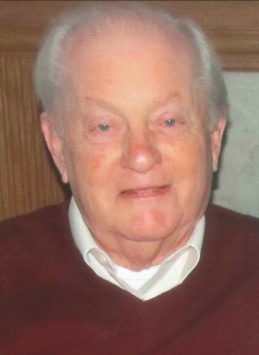 John A. Hughes, 87, of West Lafayette, Indiana, died on June 17, 2022 in his home.  He was born on August 30, 1934 in Chebanse, Illinois to Clement and Irene (Nelson) Hughes.  His first marriage was to Patsy McElyea in 1956 in Illinois and they divorced.  He later married Deborah Burton in 2013 in Lafayette and she survives.

John was a 1952 graduate of Central High School in Chebanse, Illinois and served in the United States Army from 1957 to 1959.  He was stationed in Germany.  John moved from Kankakee, Illinois to West Lafayette in 1970 to manage the two Dairy Queens.  He also owned and operated “The Boiler Room” in W. Lafayette on Northwestern Ave.  John was a truck driver for Wrede & Sons, Schilli Distribution, Sagamore Transport, and Schilli Specialized.  He retired in July 2019.

A Memorial Celebration of Life Service will be held at 3 p.m. on Saturday, June 25, 2022 with visitation prior to the service from 1 p.m. to 3 p.m. at Goodwin Funeral Home, 200 S. Main Street, Frankfort.  Inurnment will take place at a later date in Tippecanoe Memory Gardens, West Lafayette.

Surviving along with his Wife: Deborah are his Children: David (Amy) Hughes of Lafayette, Carol (John) McNelly of Frankfort, and Dan (Brenda Bailey-Hughes) Hughes of Bloomington; Brother: Robert (Patricia) Hughes of Durham, NC; 4 Grandchildren; 6 Great-Grandchildren; along with 2 Nephews.

9 Condolences for “John A. Hughes”