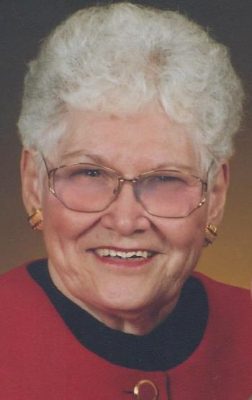 Joan was a 1934 graduate of Frankfort High School. She worked at Mallory’s for 30 years, retiring on May 1, 1986.  She was a member of Woodside Christian Church in Frankfort.

Visitation will be 12 Noon-2 p.m. Tuesday, October 8, 2019 at Goodwin Funeral Home, 200 S. Main St., Frankfort. Funeral Celebration will begin at 2 p.m. at the funeral home. Pastor Don Ely will officiate. Burial will be in Rossville Cemetery.

In addition to her parents and husband, she was preceded in death by a brother, Ralph Jackson and 2 sisters: Mary Margaret Walton and Betty Joan Jackson.