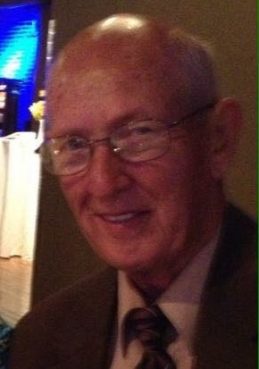 Jerry was a 1954 graduate of Jefferson Township School and attended classes at Indiana University Kokomo.  After graduating high school, he played independent basketball for 20 years and played the Kansas City Red Heads.  He has lived in Kempton, Tipton, Monticello and Frankfort.  Jerry was in the National Guard from 1955-1963. He worked for Western Electric.  He was a member of the New Hope Baptist Church in Tipton, Frankfort Moose Lodge for 37 years and the Tipton Elks.  Jerry was a former little league coach in Kempton, was an avid I.U. fan, enjoyed hunting, fishing, bowling, playing pool, and hunting for mushrooms and arrowheads.  Jerry was raised by his Aunt and Uncle, Ray & Mildred Alderson.

Funeral services will be 12 Noon, Friday, February 23, 2018 at Goodwin Funeral Home, 200 S. Main St., Frankfort, with visitation beginning at 10 a.m. prior to the service. Burial will be in Hopewell Cemetery. Memorial donations may be made to the charity of donor’s choice.

In addition to his parents, he was preceded in death by a brother, 2 grandchildren and a great grandson.