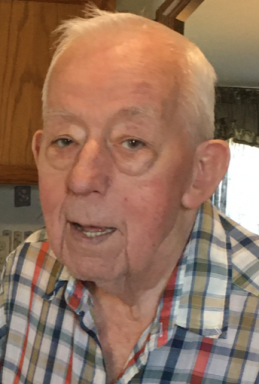 He was a veteran of the United States Navy.  He began working in the Virginia coal mines before moving to Indiana, later doing bridge construction, and then working at Federal Mogul from where he retired. He also spent a stint detailing cars for Zink Motor Sales in Frankfort. He was a member of the Eagles, Moose, Redmens Lodge, VFW, American Legion, and AmVets.
He enjoyed watching football, listening to Bluegrass music, playing the guitar and banjo, golfing, and spending time on the lake.  Above all else, he cherished his family and time spent with them.

Visitation will be from 4 pm until 8 pm on Thursday, March 4, 2021 at Springer-Voorhis-Draper Funeral Home of Monticello. Additionally, visitation will be on Friday, March 5, 2021 from 11 am until the time of services at 1 pm celebrating Jerry's life at Goodwin Funeral Home, 200 S. Main St. Frankfort. Jerry's sister, Pastor Patricia Cook will officiate services. Burial will follow in Crown Point Cemetery in Kokomo. Memorial contributions are recommended and encouraged to the Monticello Veteran Honor Guard.

He was preceded in death by his parents, six brothers, and two sisters.