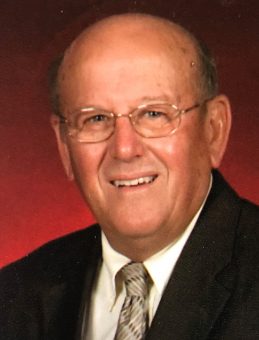 Jerry was a Union Pipe Fitter, retiring from Indiana Gas Company (Vectren) after several years of service.  He was a handyman as well as an accomplished wood worker.  He enjoyed doing projects for friends and family and could do anything.  Jerry and Sharon raised their boys at Hope United Methodist Church before moving their membership to St. Matthew United Methodist Church, where he was an active 50-year member.  He was also a member of the Masonic Lodge.

In addition to his parents and his wife, Sharon, he was preceded in death by a brother, Jack Heimbach.