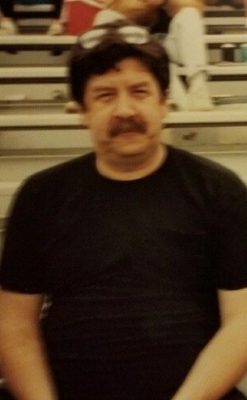 Jay R. Wills passed away after a short illness on Saturday, March 28th, 2020 in Memphis, TN.

Jay was one of six boys born in Frankfort, Indiana to Barbara and James, and followed his father’s and grandfather’s path in becoming a master carpenter. He dedicated his life to being a fixer and loved to build things, be it custom, commercial or residential construction, friendships, laughter, or solutions.  He excelled in the car sales field, winning multiple awards. Jay proposed to Jerri on their first date. They were married December 20, 1982 and enjoyed 37 years together.

Per Jay’s wishes he was cremated, and a private family memorial will be held at a later date. Those wishing to send condolences can send those to The Wills Family, 5924 Cottage Hill Drive, Millington, TN 38053.

Jay is survived by Jerri, their two daughters, Kelly & Stephanie (Lindsey), his son from a previous marriage, Jason, his mother, Barbara Hubeli, his brothers, Richard (Janis), Marty, and Roger, and his grandson Chandler, who was the greatest joy in his life.