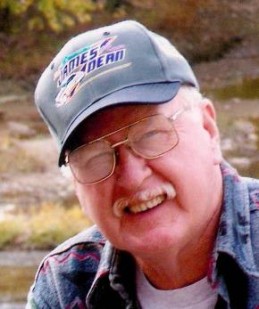 James Wayne Howe 77 of Frankfort, Indiana passed away January 7, 2014 at St. Vincent Hospice in Indianapolis. He was born July 8, 1936 in Frankfort to Henry “Hank” E. Howe and Edna Louise (Street) Howe. He was previously married to Charlene (Ford) Howe. Mr. Howe was a 1955 graduate of Frankfort High School and had previously worked at Federal Mogul retiring after 30 yrs. He was a member of the Eagles Lodge in Frankfort and enjoyed fishing, mushroom hunting, and gardening.

Mr. Howe is survived by 2 sons: Mark Howe and James Wesley Howe both of Frankfort and a daughter, Tresa (Husband-Larry) Perlee also of Frankfort. A brother, Jerry Howe of New York and a sister, Judy Wallace of Sheridan also survive along with 6 Grandchildren and 11 Great Grandchildren