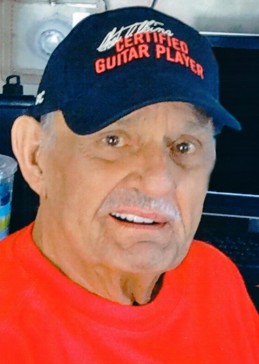 James W. Smith Sr. 71, of Frankfort, IN, died at 2:51 a.m. April 21, 2013 at home. Born June 26, 1941 in Frankfort, IN to William A. & Esther Ruth (Bragg) Smith. He married Darlene S. Galey on June 12, 1965 in Frankfort and she survives. Mr. Smith attended Frankfort High School and was a lifelong Frankfort resident. He was a veteran of the U.S. Air Force, he served from 1959-1962 state side. Mr. Smith worked at Chrysler in Kokomo, retiring after 31 years and then worked 16 years for Renzenberger Transportation/Railroad, retiring on March 25, 2013. He was a member of the First Church of the Nazarene. He was also a member Frankfort Fraternal Order of Eagles where he was a Golden Eagle. An original member of the Nu Beats Band and Country Rock, Inc, music was his life. Along with his wife, Mr. Smith fostered 17 children.

Services will be 11 a.m. Wednesday, April 24, 2013 at Goodwin Funeral Home. Visitation will Tuesday, April 23rd from 4-8 p.m. at the funeral home. Burial will be in the Veterans Honors section of Green Lawn Memorial Park. Memorial donations may be made to the American Diabetes Association.