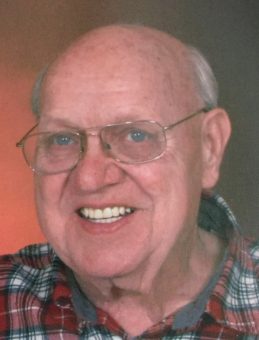 Jim was educated in Ohio. He was a veteran of the U.S Air Force serving from September 1954 to September of 1957. He had worked at General Battery “Exide” in Frankfort for over 34 years. He was a member of the Michigantown Christian Church and enjoyed flea marketing and gardening.

Memorial Donations may be made in Jim’s honor to Alzheimer’s Research.

Friends may visit 9-11 a.m. Friday, June 23, 2017 at Goodwin Funeral Home in Frankfort.  Services will begin at 11 a.m. on Friday at the funeral home.  Scott Lehr will officiate.  Burial will follow the services in Bunnell Cemetery Frankfort, IN.