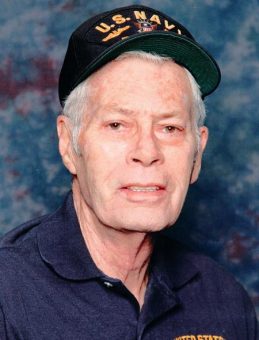 James “Jim” Mustin, 80, of Mulberry died July 15, 2017 at IU Health Hospital in Lafayette, Ind.  Born December 25, 1936 in Connerville, Ind. to the late Marion “Pete” Mustin and Mary (Cooper) Mustin.  Jim was a 1954 graduate of Frankfort High School.  A veteran of the U.S. Navy, serving from 1955 to 1978 and retiring after 22 years of service.  He later owned a Dive Company in Florida for 21 years.  Jim was a member of the U.S. Submarines Veterans Association, the American Legion, and the VFW.  He volunteered at the Indiana Veterans Home in Lafayette and the Clinton County Historical Museum.

Visiting will be 3 p.m. – 5 p.m. Friday, July 21, 2017 at Goodwin Funeral Home. Funeral service will begin at 5 p.m. with Military Honors at the funeral home. Memorial donations may be made to the Clinton County Historical Society.

In addition to his his parents he was preceded in death by his companion Diane Lewis.