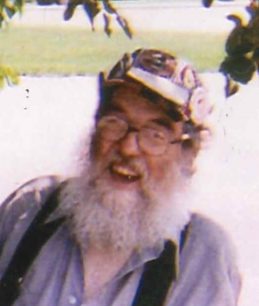 James Douglas Whistler, 66, of Otterbein, Ind., died at 11:04 a.m. August 3, 2018 at his home.  He was born March 13, 1952 in Williamsport, Ind. to the late James L. & Beverly J. (Wilhite) Whistler.  He married Marilyn P. Bickers on September 28, 1975 and she preceded him in death on August 24, 2003.  He married Marilyn Sue Franklin on October 2, 2004 and she preceded him in death on January 28, 2018.  James was a 1971 graduate of Benton Central High School.  He was a custodian and musician, working for the Methodist Church.  He was a member of Community Christian Church. He was a train enthusiast and his hobo name was Mr. Bojangles.  James loved telling others about Jesus Christ.  He loved music and performing at nursing homes.

A memorial service will be held at Noon, Friday, August 10, 2018 at Community Christian Church, 1944 S. Jackson St., Frankfort. Friends may visit from 10 a.m. until time of service at the church. Burial will take place at Green Lawn Cemetery at a later date. Goodwin Funeral Home is honored to assist with services. Memorial donations may be made to St. Jude Children’s Hospital, with envelopes available at the church

In addition to his parents and spouses, he is preceded in death by an infant son: Corvan Michael Whistler.