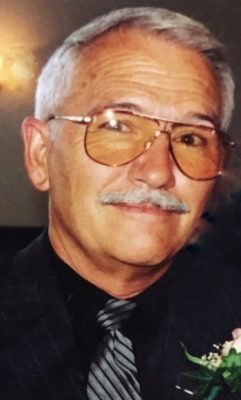 James D. Fearnow, 71, of Frankfort, died May 31, 2018 at his home.  Born October 12, 1946 in Clinton County, Ind. to Warren H. & Roxie (Swisher) Fearnow.  He was formerly married to Audrey Rice.  Jim was a 1964 graduate of Clinton Central High School and lived in Clinton County his entire life.  He was a life long 4th generation farmer.  A veteran of the U.S. Army National Guard, he served from December 1965-October 1971.  He was proud to be the first person to receive his private pilot license at the new Frankfort airport.  One of his greatest joys in his life was becoming a grandfather and spending time with his grandchildren.

Visitation will be 4-7 p.m. Wednesday, June 6, 2018 at Goodwin Funeral Home. Funeral services will follow at 7 p.m. at the funeral home.

He was preceded in death by his parents, 2 brothers and 2 sisters.