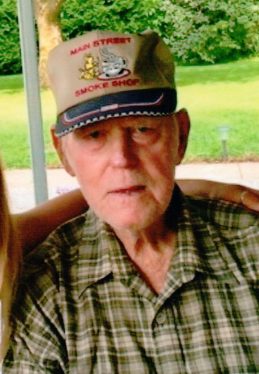 At a young age, Jim moved to Frankfort and attended Frankfort High School.  He was in the United States Army and served state side during the Korean War.  He worked as a crane operator at ALCOA and retired after 33 years of service.  After retiring, he worked in maintenance at the Frankfort Eagles Lodge for 17 years.  He was a Golden Eagle at the Frankfort Eagles Aerie 976 and a member of the American Legion Post 12.  His passion was woodworking and he also enjoyed jewelry making, hunting, fishing, and gardening.

Memorials may be made to Frankfort Salvation Army, 300 West Washington Street, Frankfort.

In addition to his wife, he was preceded in death by ­­­an infant daughter:  Brenda Cooper and 4 brothers and a sister.