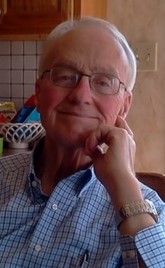 Hugh was a 1959 graduate of the University of Wisconsin (Madison campus) and earned a B.S. degree in Mechanical Engineering.  A veteran of the U.S. Navy, he served during the Korean War on the U.S.S. O’Bannon (DDE-450).  He was employed as a Professional Engineer with Eli Lilly and Company for 27 years, retiring in 1993.  Hugh worked in the Equipment Development Department at Eli Lilly and received numerous patents for his machine design inventions.   Hugh was a member of Second Presbyterian Church in Indianapolis and the Classic Car Club of America.  During retirement he enjoyed owning and restoring classic cars such as Auburn’s, Cord’s and Lincoln’s, all of which were innovative for their time.  Hugh participated in the annual Labor Day Auburn Cord Duesenberg festival held in Auburn, Indiana, where he drove his Cord’s and Auburn in the parade of classics.

A Celebration of Life will be held at a later date. In lieu of flowers, please make memorial donations to the Salvation Army at the following address: SALVATION ARMY, 6060 Castleway West Drive, Indianapolis, IN 46250.

He was preceded in death by his parents and sisters, Sheila McKnight and Diana McKnight, along with brother-in-law’s Harold Thompson and John Sajo.