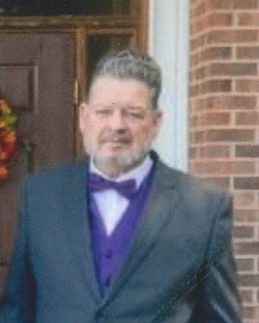 Henry A. Huber, 76, of Rural Thorntown, Ind. died August 2, 2021 at Witham Memorial Hospital in Lebanon.  He was born on October 8, 1944 in Indianapolis to Paul and Alberta (Baxter) Huber.  He married Martha D. Judd on June 3, 1972 at New Hope Church in Clinton County and she survives.

Henry was a 1963 graduate of Clinton Prairie High School and served in the United States Air Force for 4 years and the United States Navy for a year.  He worked for 30 years at Chrysler in Kokomo where he was an Inspector, retiring in 2002.  Henry was very active in his church, Cornerstone Assembly of God, where he helped build the church and was a member for over 20 years.  His service there included mission trips, food pantry volunteer, and mowing the church lawn.  He was a member of the Boone County Antique Tractor Club and loved working on engines and model airplanes, attending airshows, and watching World War II movies and the original James Bond movies.

Memorial Donations may be made in Henry’s honor to Cornerstone Assembly of God.

Surviving along with his wife: Martha are his Son: Jason L. Huber of Indianapolis; Daughters: Beth L. Oligney of Frankfort and Kaitlyn E. (Michael) Jordan of Statesville, NC; Siblings: Paul Huber, Diane Baker, Hubert Lee Huber, and Jodie Edds; 3 Grandchildren; and 2 Great-Grandchildren, with 2 on the way.

5 Condolences for “Henry A. Huber”