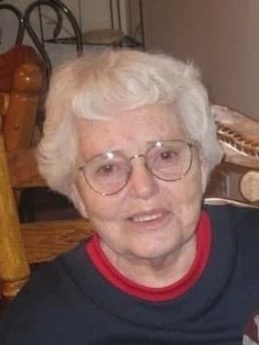 Helen was a 1949 graduate of Ben Davis High School, lived in Indianapolis, and Carroll County before moving to Clinton County.  A homemaker, she also worked at Blue Cross Insurance for a few years out of high school.  She had previously attended Mt. Olive Methodist Church in Indianapolis.  She was a member of the Eastern Star Helen Bonebrake Chapter #437 in Rossville, where she was past Worthy Matron and President of the District. Helen enjoyed knitting, crocheting, spending time with her children, grandchildren and great grandchildren.

A public graveside service will be 10:30 a.m. Friday, May 8, 2020 at Geetingsville Cemetery. Goodwin Funeral Home, 200 S. Main St., Frankfort is assisting the family with arrangements. Memorials in memory of Helen may be made to the Clinton County Cancer Fund, 258 ½ Fourth St., Frankfort, IN 46041.

She was preceded in death by a granddaughter, Melanie Bradley, sister, Anna Madrid and half-sister, Jessle Paul.