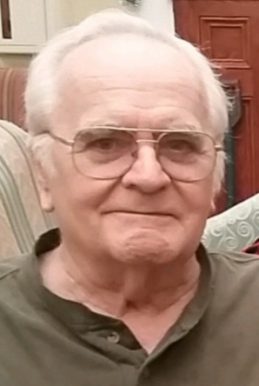 Harold was a graduate of Frankfort High School. A veteran of the U.S. Army, he served from 1959-1965.  He was an engineer for the Norfolk & Western Railroad for 32 years, retiring on April 18, 2001.  Harold was of the Baptist faith.  In his younger years, he enjoyed drawing; in his retirement, he enjoyed being a model train hobbyist and woodworking.  He loved his grandchildren.

Visitation will be 1:30-3 p.m. Friday, September 28, 2018 at Goodwin Funeral Home, 200 S. Main St., Frankfort. Funeral service will follow at 3 p.m. Friday at the funeral home. Entombment will be in Green Lawn Mausoleum. Memorial donations may to At The Well Church, envelopes will be available.

In addition to his parents, he was preceded in death by a brother, Kenny Bowerman.