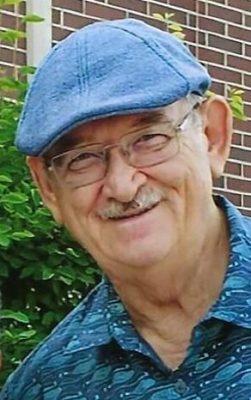 George was a 1965 graduate of Nute High School in Milton, NH.  A veteran of the U.S. Air Force, he served in the Philippines and Greece.  He retired from Federal Mogul in Frankfort where he worked in maintenance for 34 years.  George was a member of the VFW, American Legion, Moose Lodge and Eagles Lodge.  He was an avid golfer, and for several years participated in the Moose Golf League.  He enjoyed fishing, was an Indianapolis Colts fan and in his youth, he enjoyed snow and water skiing.  George will be remembered for his kindness, sense of humor and smile.

Visitation will be from 5-7 p.m. Thursday, July 18, 2019 at Goodwin Funeral Home, 200 S. Main St., Frankfort. A funeral service, celebrating George’s life will be 11 a.m. Friday, July 19, 2019 at the funeral home with Pastor Kevin Alber officiating. Burial will follow in Scotland Cemetery. Memorial donations may be made to the Clinton County Humane Society, envelopes will be available.

In addition to his parents and his first wife, he was preceded in death by a brother, Benjamin Sceggell and sister, Helen Bouchard.