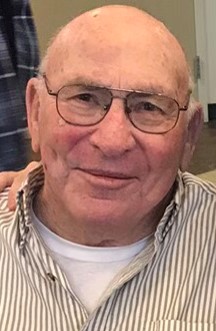 Gene grew up in Clinton County and was an admired and respected farmer. He was known as a successful businessman, making many transactions with a handshake.   He and his mother started and ran one of the first nursing homes in Clinton County.  He was a veteran of the U.S. Army and a member of the Eastside Christian Church.  He was a loving and protective father and enjoyed being with his family. While living at Wesley Manor, he made many new friends with residents and staff alike. Gene will be remembered for his laugh, his quick wit and his smile.

In addition to his parents and his spouse, he was preceded in death by several brothers and sisters.