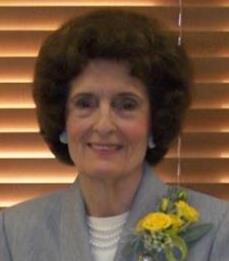 Francine A. Lintner, 89, of Frankfort, IN, was welcomed into God’s heavenly kingdom May 14, 2019 after having been hospitalized for a short time at IU Arnett Hospital.   Mrs. Lintner was born October 24, 1929 in Jasper County Indiana to Claybert L. and Lorene S. (Beoughter) Anderson.  She married John M. Lintner on January 4, 1948 in Rensselaer, Ind.   John preceded her in death on February 24, 2019.

Mrs. Lintner was a 1947 graduate of Remington High School.  Growing up in the Rensselaer/Remington area she moved to Goodland, Lafayette, Huntington, Noblesville, Winchester, and Anderson, following John’s career in the grocery business and finally moving to Frankfort in 1985.

As a devoted mother and homemaker she was also a natural sales woman, as she cashiered for A & P Grocery for thirteen years, was a Saleswomen for Kirkman Jewelry and Gifts for five years, and an Avon Reprehensive for six years, as well as working for three years as a Clerk for Marsh Village Panty.

She was a natural antique buyer, shopping with her daughter and relative, to search for the special item.  It gave her great joy to find that right article she knew one of her family members was collecting or would enjoy.    She also enjoyed reading, decorating, collecting angels and dolls, sewing (having made an entire Tiny Tears wardrobe for her daughter’s doll one Christmas), and writing poems and songs.  Family was one of the most important aspects of Francine’s life.  She always enjoyed hosting the annual family reunion and giving recognition parties for special family occasions.

As her dedication to her Christian faith was a central part of her daily life, she was a member of Community Christian Church as well as attending Grace Baptist.

5 Condolences for “Francine A. Lintner”