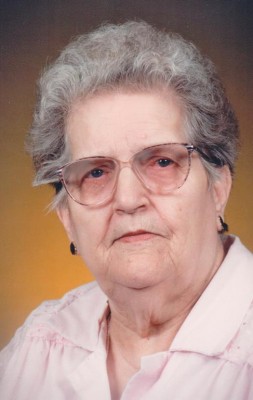 Evelyn worked for 15 years as an Inspector for PR Mallory, retiring in 1979. She was a member of First Baptist Church and the VFW Auxiliary.