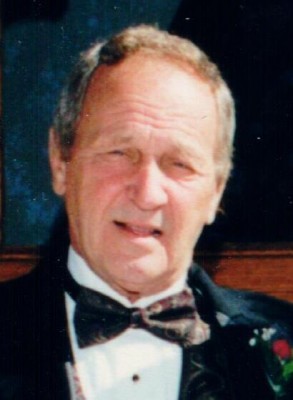 Elmer Earl “Jack” Kelsey 74, of West Point, IN, died at 6:14 a.m. Friday, April 5, 2013 at St. Vincent Hospital, Indianapolis. Born October 25, 1938 in Crawfordsville, IN to Elmer Earl Jr. & Helen L. Hilt Kelsey. He married Sue C. (Campbell) McCreery on June 19, 1982 and she survives. Mr. Kelsey was born and raised in Montgomery County. He attended New Ross High School. Mr. Kelsey was a veteran of the U.S. Navy. He worked for R.R. Donelley & Sons, Plasteen and Peerless Wire. After retirement, he worked as a self-employed concrete contractor. He was a former member of the Eagles Lodge in Lafayette. He enjoyed camping, fishing, animals and the outdoors. He especially loved to laugh.

Services will be 3 p.m. Monday, April 8, 2013 at Soller-Baker Lafayette Chapel, Lafayette, IN. Visitation will begin at 1 p.m. until time of service at the Lafayette Chapel. Burial will be in West Point Cemetery.

He was preceded in death by his father and a step brother-Gene Hilt.