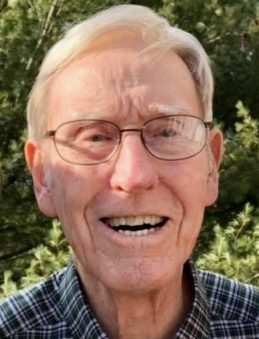 David graduated from Cheshire Academy High School in Cheshire Connecticut in 1949.  He then attended the University of Kansas and graduated from University of Denver in 1960 with a BS degree in Business Administration.  David was born in St. Louis, grew up in Kansas City and settled in Frankfort in 1963.  He was part owner of Scheid Oldsmobile-Cadillac until his retirement in 1987.  He was a veteran of the U.S. Air Force.

In addition to his parents, he was preceded in death by a daughter, Gail Prestera in 2011 and two brothers, Jack Neumayer and Bob Neumayer.