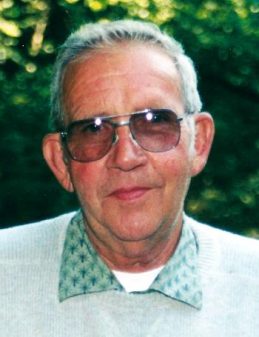 Danny was a 1957 graduate of Michigantown High School where he was a member of the “Gander” Basketball Team.  He was owner/operator of Laughner & Son Construction and later L & L Seamless Guttering.  He was a member of the Boyleston Baptist Church and a former member of the Moose Lodge.  He enjoyed fishing trips to Canada, and anything outdoors. An avid sports fan he played and pitched in different fastpitch softball leagues, especially liked the L.A. Dodgers, Purdue Athletics, and loved his yearly trips to Atlantic City and Las Vegas.

A funeral service celebrating Danny’s life will be held on Thursday, July 18, 2019 at 10:30 a.m. at Goodwin Funeral Home, 200 S. Main St., Frankfort. Burial will follow in Whiteman Cemetery. A visitation will take place from 6-8 p.m. Wednesday, July 17, 2019 at the funeral home. In lieu of flowers, the family asks that memorials be made to the Clinton County Education Foundation c/o the Brian Laughner Scholarship Fund.

In addition to his parents and wife, he was preceded in death by a son, Brian Laughner and 2 sisters, Velma Stewart and Sarah Bartley.