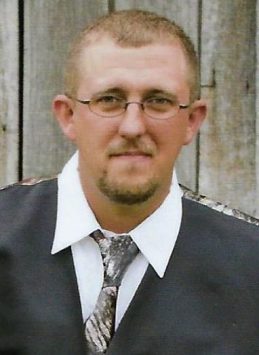 Clyde attended Frankfort schools and was a life long Clinton County resident.  He was a tow truck driver and worked for Joey Enterprises LLC.  He also was a Red Cross volunteer, volunteer firefighter for Johnson Township and an ambulance driver for Michigantown.  Clyde was a Skywarn storm spotter, and a ham radio operator. He enjoyed fishing, hunting, being outdoors, working on cars and was a fan of University of Kentucky basketball.  He enjoyed watching his daughter play softball.

Visitation will be 1-3 p.m. Thursday, April 18, 2019 at Goodwin Funeral Home, 200 S. Main St., Frankfort. Funeral services will follow at 3 p.m. at the funeral home. Burial will be in Kilmore Cemetery. Memorial donations may be made to the family c/o Goodwin Funeral Home to assist with final expenses.

He was preceded in death by his father and an aunt.