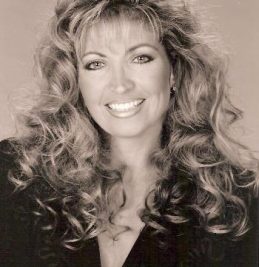 Cindy was a 1973 graduate of Frankfort High School and attended Indiana State and Purdue University. Cindy was known for her energy and drive that she brought to everything she did. She hosted radio and television programs spanning from Indiana to Arizona.

In Arizona she broke down barriers as host of one of the nation’s first dual female co-hosted radio programs. In Indiana she found her light as a news anchor and weather woman on television while maintaining her presence on radio. Leaving TV, she found herself hosting three morning shows across multiple formats, proving her range and flexibility. After nearly three decades, Cindy retired her mic and headphones for real estate allowing her more time with her family.

By jumping into real estate with the same vigor and dedication she always had she was awarded several times by both Century 21 and MIBOR Groups for her outstanding performance in sales and service. Proving time and again to be one of Indy’s leading real estate agents for several years.

Over the last 15+ years, Cindy has been a champion for breast cancer awareness, promoting the Susan G. Komen Foundation through radio and television bringing her army of loyal friends, and fans alike, to the Race for the Cure in Indianapolis.

Cindy was not only a star and trail blazer in radio and television, fiercely competitive business woman and dance instructor but a loving wife, daughter, mother, grandmother, and without a doubt a friend who could always be counted on to be in your corner.

Though Cindy worked in various other markets, and varying careers, she was always a hard worker, always in charge, dressed to impress and never without her heels. Cindy stole the show no matter the arena.

Memorial donations may be made in Cindy’s honor to the First Christian Church of Frankfort, Indiana.

A celebration of life will be held on April 14th, 2018 at First Christian Church, 58 S. Columbia St, Frankfort, IN 46041. Service will be held at 3 pm with visitation to follow with friends and family in the Church Fellowship Hall.   Goodwin Funeral Home of Frankfort, Indiana is assisting the family with services.

Preceding Cindy in death was her father Robert “Jack” Ward.