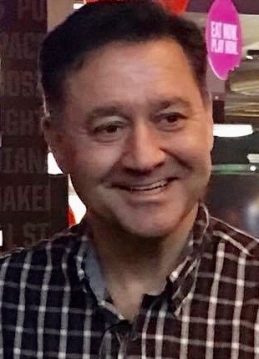 Blake A. Skiles 56 of Indianapolis and a former Frankfort resident, passed away on November 16, 2019 at Abbie Hunt Bryce Home in Indianapolis after a brief stay.  Blake was born on December 3, 1962 to Herman & Jeralyn (Williams) Skiles.  After graduation in 1985 he worked in the Accounting and Computer Industries.  Blake was a 1981 graduate of Frankfort High School where he was an all Sagamore Conference performer in both football and track.  He received his accounting degree from Butler University in 1985 and was a member of the Sigma Nu Fraternity there.

A gathering of family and friends will begin at 1 p.m. to be followed by a time of sharing & prayers service beginning at 3 p.m. Sunday, November 24th at Arborwood located at 100 Golf Preserve Lane, Frankfort, IN 46041. Memorials may be made to the Abbie Hunt Bryce Home, 4760 Penwood Drive, Indianapolis, IN 46205.

He was preceded in death by his Father, Herman Skiles in 1994, Mother, Jeralyn Skiles Harper in 2000 and Step Father, Clifton Harper in 2006.

54 Condolences for “Blake A. Skiles”