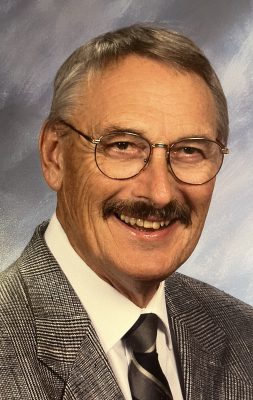 Bill was a 1949 graduate of Fulton High School, and was class president.  He attended Indiana Business College in Logansport. He retired from Leavell & Bates Finance Company in 1986 after 35 years. He was known in our community as “Friendly Bill”.  His memberships include; St. Matthew United Methodist Church, the former Frankfort Country Club, served 11 years on the board and was past president of the Clinton County Boys & Girls Club, past member of the Citizen Bank Board of Directors, 50-year member of Elks, past member of Clinton County Chamber of Commerce where he was on the Board of Directors, the United Way, Frankfort Main Street, and served on the Hot Dog Festival Committee.  Bill was an active golfer, an avid pool player and had participated in the independent basketball and softball leagues.

In addition to his parents, he was preceded in death by 2 brothers, Robert & Donald Wray, 3 sisters, Bonnie Fischbach, Joan Sallee and Mary Brown.