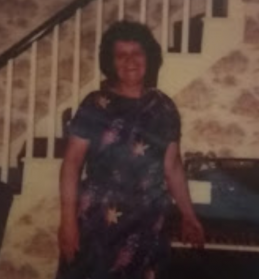 Billie J. Dean, 78, a former Frankfort resident, died November 29, 2019 at Terrace Nursing & Rehabilitation Center, Berea, Kentucky.  She was born May 2, 1941 in London, Kentucky to James “Bud” & Mattie (Hodge) Johnson.  She married Jewell Lee Morgan and later married Cledis Dean Sr. and they both preceded her in death. Billie was a homemaker.  She had moved to Indiana from Kentucky in 1963.

Visitation will be 10-12 Noon, Wednesday, December 4, 2019 at Goodwin Funeral Home. Funeral celebration will begin at Noon following the visitation. Sam Westmorland will officiate. Burial will be in Green Lawn Cemetery.

She was preceded in death by a step-son Cledis Dean Jr.