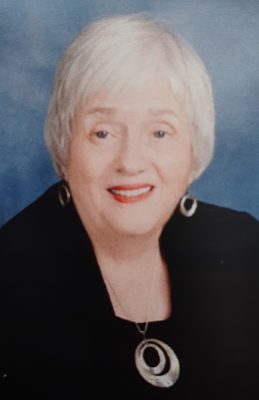 Betty Jo was a customer service representative at the Farmer’s Bank in Frankfort.  She retired in 1996 after 44 years of service.  She was a 1949 graduate of Frankfort High School.  Her memberships include, the First Christian Church, where she served as a Deacon, Trustee and Elder along with being the past president of the Christian Women’s Fellowship.  She was also a member of the Women of the Moose for over 50 years, American Legion Auxiliary, Pink Lady Volunteer at the Clinton County Hospital, Friends of the Manor and was vice president of Meals on Wheels.

Private family services will be held.  Burial will be in Bunnell Cemetery.  Memorial donations may be made to Bunnell Cemetery Association, P.O. Box 38, Frankfort, IN  46041.

In addition to her parents and spouse, she was preceded in death by sister, Sharon K. Heimbach.