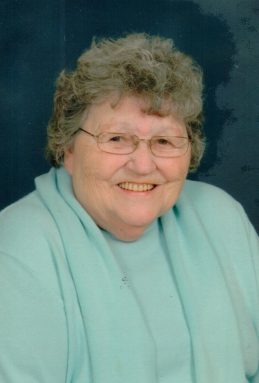 Mrs. Goodnight was a 1948 graduate of Frankfort High School and lived in Frankfort for most of her life.  She also had lived in the Kokomo and Greentown areas.  She worked for Spiegel’s, P.R. Mallory, Carnation in Kokomo and the Frankfort Community Public Library.

Memorial donations may be made in Barbara’s honor to the Kelley Crossing Church, with envelopes available at the funeral home.

Funeral services will be at 11 a.m. Saturday, April 22, 2017 at Goodwin Funeral Home. Visitation will be 9a.m. until the time of service on Saturday at the funeral home. Burial will follow in Green Lawn Memorial Park.