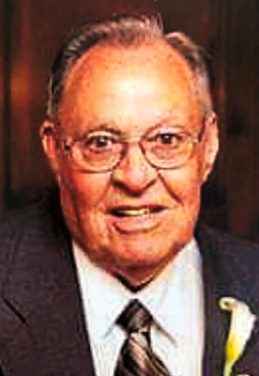 Armour attended Flatwoods School and received an honorary high school diploma through the Veteran’s Administration & Commonwealth of Virginia.  A veteran of the U.S. Army, he fought in the Battle of Pork Chop Hill, during the Korea War.  Armour was a machinist, millwright and carpenter, and worked for Eli Lilly from 1970-1990. Armour was a former member of the American Legion and past fire chief of the Michigantown Volunteer Fire Department.  He enjoyed his grandchildren, farming, gardening, cattle, and hunting.

Visitation will be 2-5 p.m. Wednesday, March 11, 2020 at Goodwin Funeral Home, 200 S. Main St., Frankfort. Funeral Celebration will begin at 5 p.m. at the funeral home. Paul Whitaker will officiate. Burial with Military Rites will be in Green Lawn Memorial Park. Memorial donations may be made to the Disabled American Veterans, VARO Federal Building, 575 N. Pennsylvania St., Room 324, Indianapolis, IN 46204.